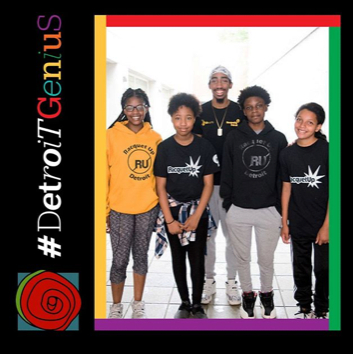 Racquet Up Alum Recognized by the Skillman Foundation

Racquet Up alum Ed Brown has received special recognition as part of the Skillman Foundation’s 60th anniversary Detroit Genius initiative, which highlights 60 outstanding Detroit youth.
Ed joined Racquet Up’s first class of students in 2010 when he was in 5th grade. He remained in the program learning squash and receiving academic support for eight years. In his senior year, Ed started mentoring younger participants in summer camp and throughout the school year as a program assistant on the squash courts. He graduated from high school in 2018 and is now a rising junior at Albion College. In his time as a Racquet Up mentor and coach, he has supported younger students on the squash courts, helped coordinate squash summer programming, and traveled as a coach to SEA Team Championship Tournament, which he and his teammates won in 2018.
Congratulations to Ed! Racquet Up is proud of all your accomplishments and is excited to see where the future takes you.