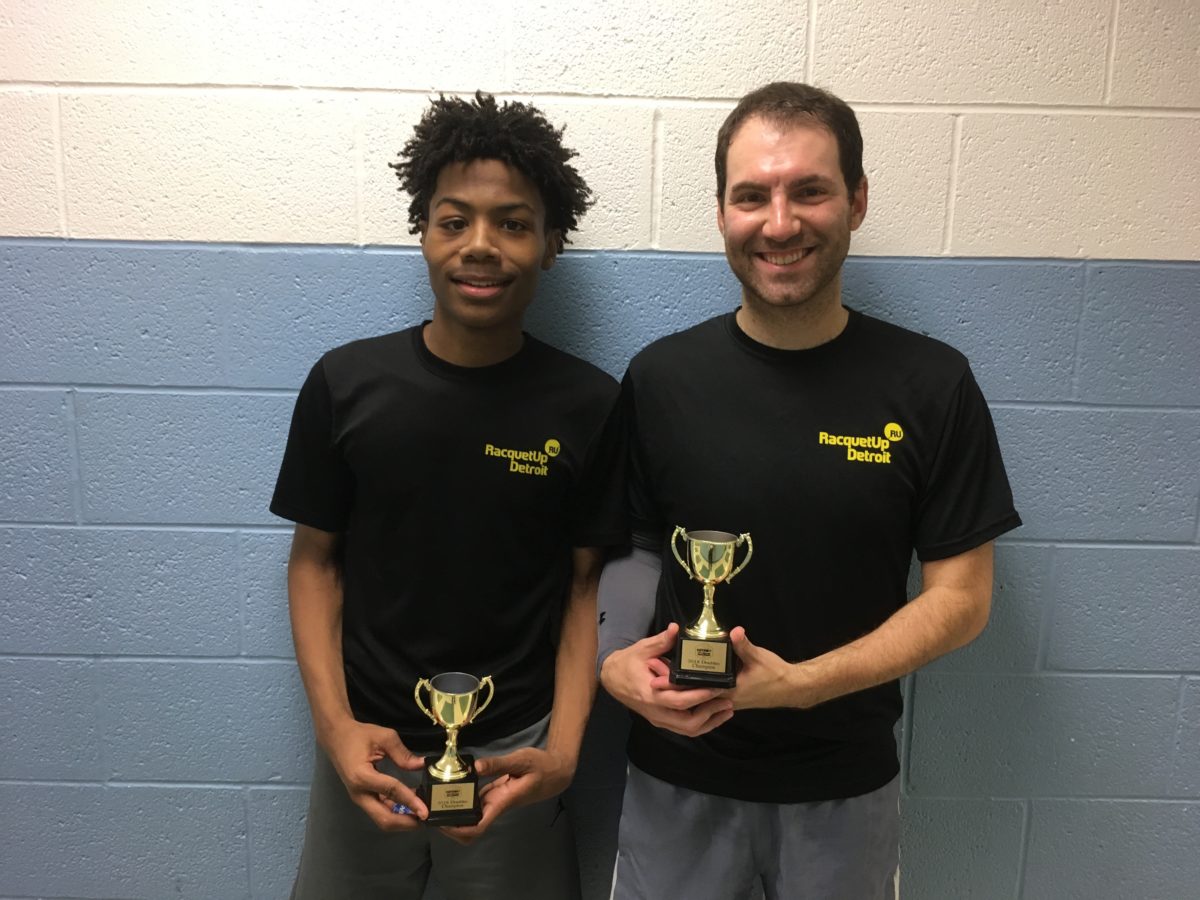 Thanks to Rosemary O’Connor, Racquet Up Program Manager and tournament director, and Parker Lynch, Racquet Up Squash Coordinator, for organizing and coordinating the tournament. Cyrus Chinoy, Men’s C Winner, gave a great summary of the event: “The racquet community is just one big family, all sharing a common bond of spirited, competitive play on the courts and wonderfully friendly people off the courts. This tournament was no exception.”

Thank you to all the players who participated in the 2018 Detroit City Squash Championship. We hope to see you on the courts again next year!