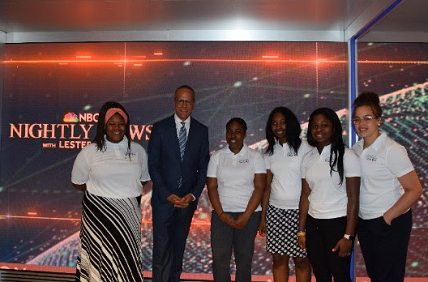 Samantha and Raqiyah were among 22 high school and college students selected from 20 member programs of the National Urban Squash and Education Association (NUSEA) to participate in this year’s national Citizenship Tour.

The group began its trip in NYC and made its way through Philadelphia before finishing with four days in the nation’s capital. They visited historical landmarks, studied and discussed American history and civic affairs, and met with journalists, nonprofit leaders and people in government.